The Mad Dog and the Quest for the Onesy (GTA SEA) 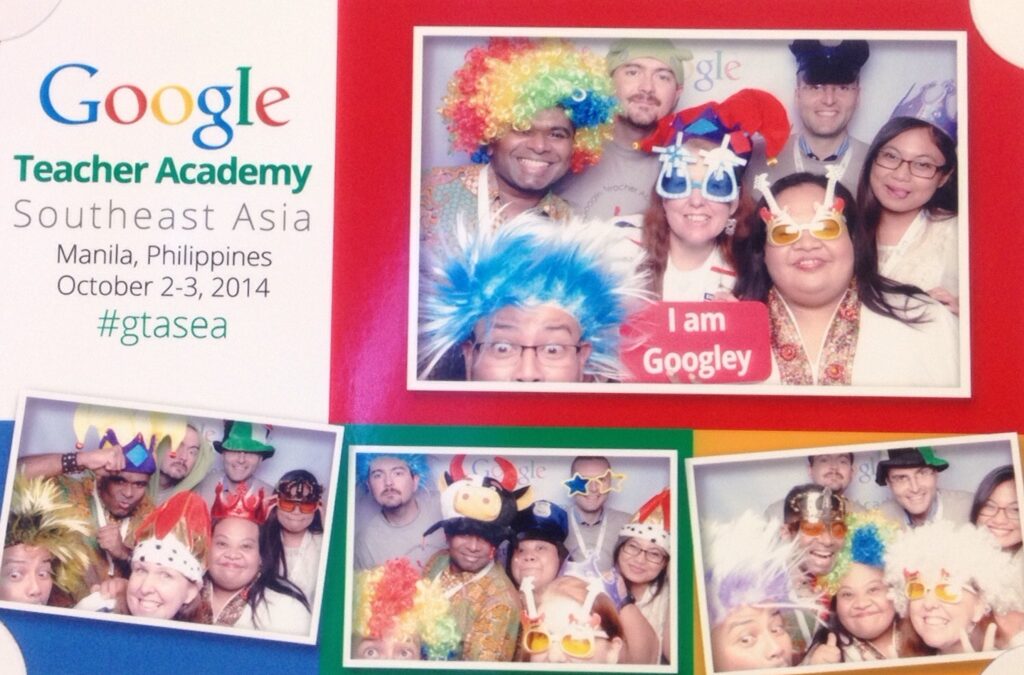 Welcome to the Google Teacher Academy

Well, it is official, I am here in Manila at the Google Teacher Academy. 53 applicants from around the world are meeting at the Asian Institute of Management. I got in the night before at rush hour and in the middle of a torrential downpour – there was knee-high water in the streets. The airport was great, but getting to the hotel – normally a 15-20 minute drive – took almost 2 hours. Since we are a bit isolated on Jeju, I tried to just take in the city on the way. When the driver said we were getting close, I spotted a nice Thai place where I eventually went for dinner. Once my hunger was satiated, I went back to the hotel and tried to get some rest before the GTA in the morning.

At 8am on the 2nd of October, we all jammed into the elevators at the AIM Conference center to reach our fourth floor training rooms. There were Google Signs everywhere – they are certainly good at building the hype.

What Happens at a GTA?

I still have almost no idea… I feel like the one I went through was a bit rushed, and since I have been a Google Apps Admin since 2008, there was very little that I was directly presented with that was not already in my tool-belt.

We started the morning with some wonderful talks – from the Organizers “Blukore” (where I learned that there have been 21 GTA’s so far and approx 1300 GCT’s) and from Harry Kwa about the 10x Mantra. Harry was inspiring! His talk was engaging and his talk had some fantastic one-liners…

“If technology can enhance student engagement and make it more personalized and connected, then make use of it. If it does not, then don’t [use technology].”

“Education is about teaching your students generic skill sets that they can use across a broad range of jobs and careers.”

“It is no longer a homogeneous world. Your students will work with multiple devices and technologies. Focusing on a single device will not work. When you teach drivers education, you do not teach students how to drive a Honda Civic, but how to drive a car.”

“For every minute of YouTube you watch, 100 hrs of new videos are uploaded.”

There were a couple of product revelations, GAFE becoming GDFE or as I like to say GooDFE (easier to pronounce). The Apps were rebranded as Drive along with a huge bump in Google Storage limits (up to 5tb per education user) and the notification that Google Vault would become free for GDFE users. Another reason that I liked Harry’s talk, he used the correct and updated Blooms Taxonomy in his slides – I see the old one way too often! 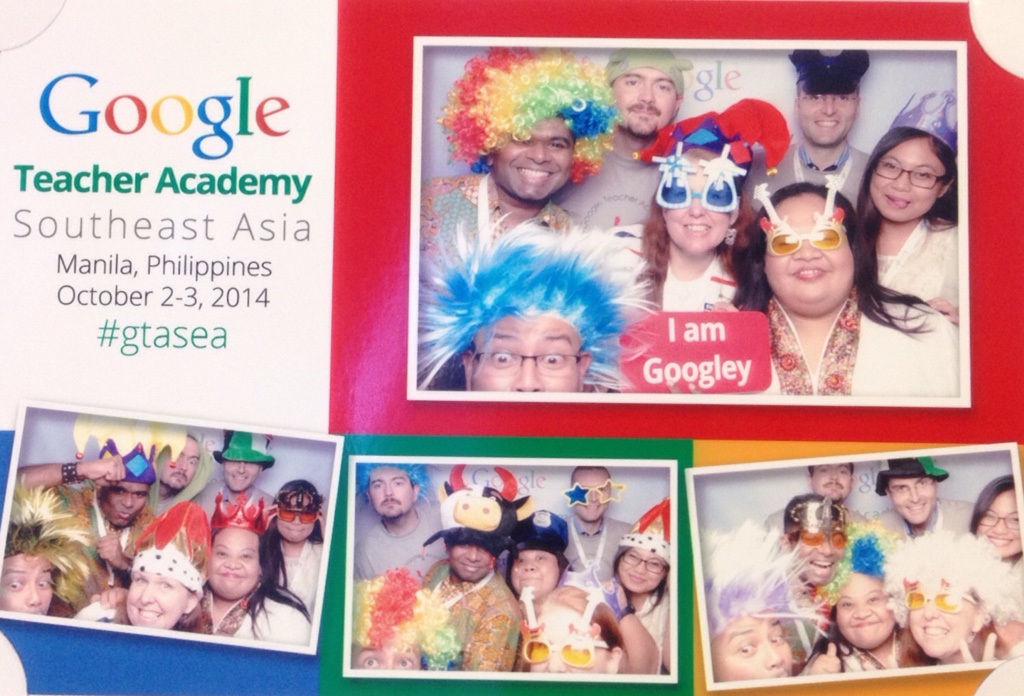 One of the fun activities of Day 1 is a program called the Minute-to-win-it. I was selected to play the part of the Mad-Dog, and I should have some great things to add (aka videos of the experience). After winning the Mad-Dog, I was placed in the Final round for the Android Onesy… which I expertly won with a single rubber band shot to knock over a stack of empty soda cans.

At the end of Day 1, after many meals, talks, and training sessions, we were officially pinned as Google Certified Teachers. This was at about 8pm and we all went out for a drink or two to celebrate.

During Day 2, we started early so that we could cover as much as possible. We had a couple of break out sessions and had an un-conference. I ended up presenting at both of the Uncon sessions: Gamification and Google Administration. 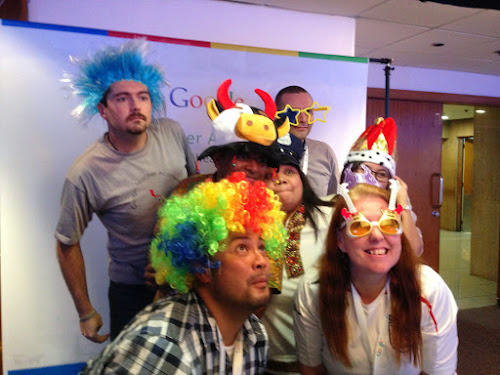