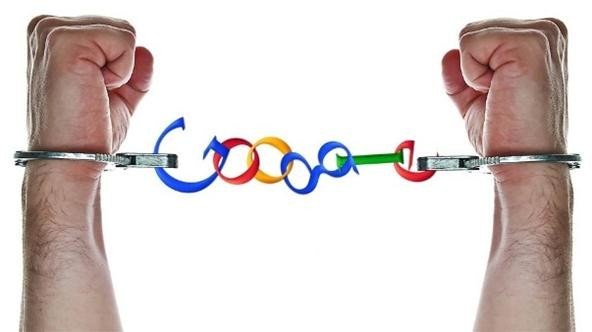 Well, it is official… I am moving.

In some ways, this move is more difficult than if I were moving in real life. I am moving my virtual life, from where it has been for two decades and trying to engage in the fight for privacy that I have been advocating for so long. If you happen to have not been paying attention lately, you can catch up on the Privacy section of my blog.

I have been an avid Google user for more than a decade. In my professional life, I am very in-bed with Google (being a Certified Educator and Certified Innovator). Leaving Google, and transitioning my life away from the 5-7 gMail accounts that I regularly use is considerably more difficult than I initially thought it would be. There is so much more involved in switching my Google Accounts than simply transitioning my inbox. Over the past decade, I have added more than a terabyte of data to Google Servers (using Docs/Drive), my website backups go to Google Drive, my phone number is a Google Voice Phone number, all of my Photos Backup to Google Photos, my Music is on Google Music, my Calendar is in Google, and I have to use Google for work. Now when you look at the amount of data that Google has about me, it is somewhat frightening. Looking at this transition, it is pretty clear that it is going to be a long one (and restricted to my personal use of the Google Apps Suite).

My plan is to phase out Google. First, I am making an effort to use services that I know and already love. Second, I will be disabling my gMail account first to let people know that I have switched. Slowly, over the next year I will be making the transition.

Leaving Facebook is difficult because everyone uses it. Switching to another social network is a bit silly since nobody else is using it (it is not every social). I currently use several services, but poorly, since I am the only one that seems to use them.

One of the services that I never considered to be an issue was iMessage. Come to find out that Apple stores the information on your phone in the Cloud. This makes it very easy for anyone to be able to access your private messages (in full text with the information about who you reached out to).

Practicing what I preach is a difficult thing – and I think it always is. It is amazingly important to me that the internet remains free, that it remains a place where anyone and everyone can express an opinion, make a comment, and conduct business without the worry of regulation and oversight. I will let you know how the 40 days of freedom goes! Stay tuned…